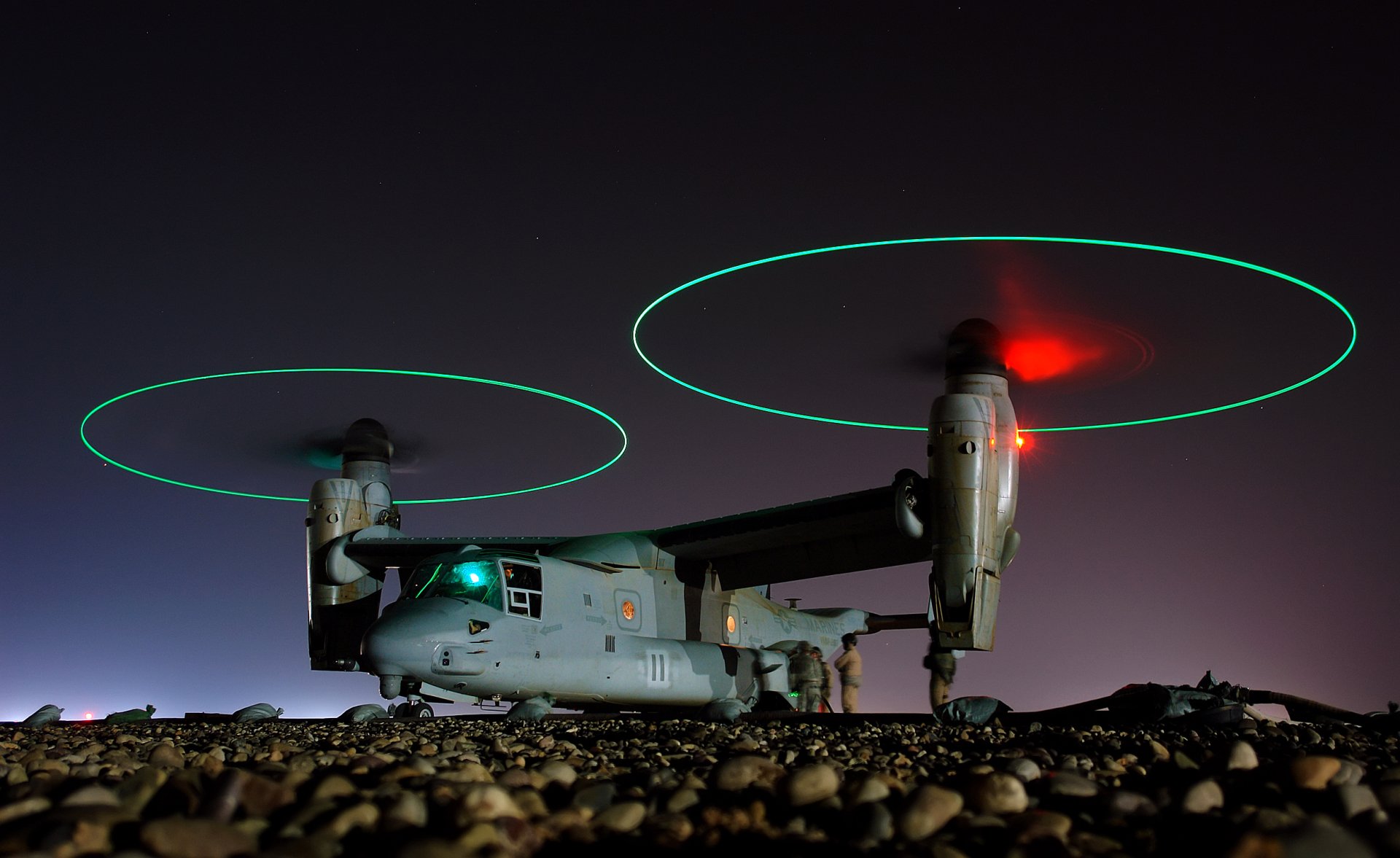 Convertible helicopters, better known as “tiltrotors”, are taking the helicopter family into a new generation. While they are currently reserved for the military, and even more so for the only operational model, the V-22 OSPREY, they should quickly find their place in the world of aeronautics, and also in pop culture, in the years to come.

Like the short or vertical take-off aircraft, the convertible helicopter is an old aeronautical dream. The first tests date back (as is often the case) to the Cold War, but the only project to reach operational maturity is, of course, the V-22 OSPREY from the American manufacturer Bell, which was put into service in 2005 in the US Air Force, the US Marine Corps, and the Navy. It is also the new “Marine One” helicopter of the American President. 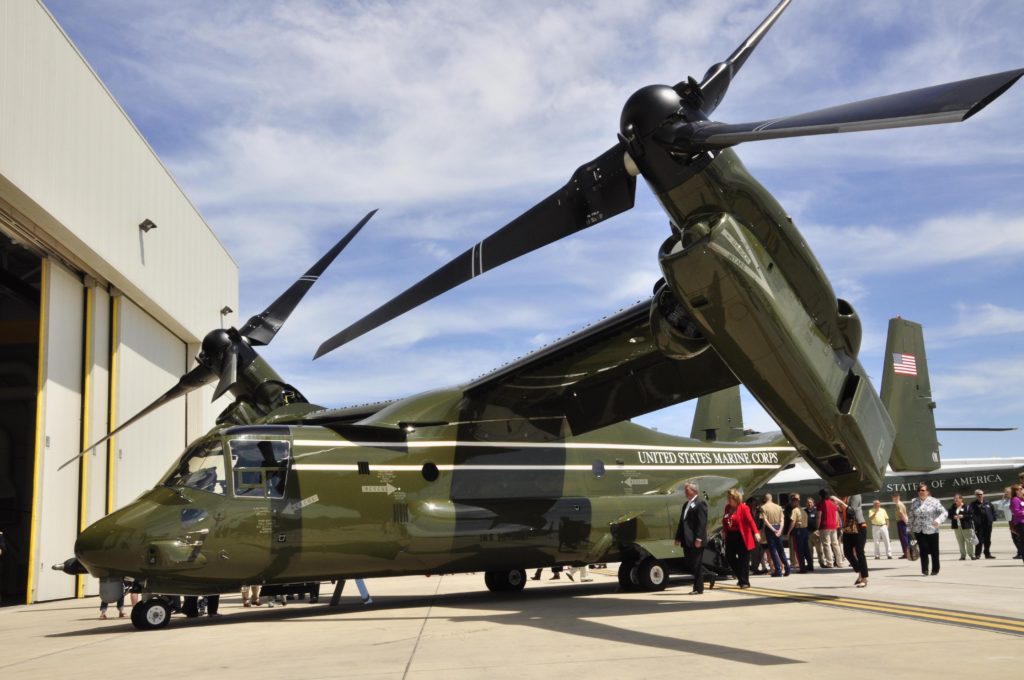 If only 400 Osprey are currently in service (in the USA but also in Japan), it is mainly because it is a technologically complex machine, and therefore very expensive (around 100 million USD per unit, more expensive than a fighter plane). The program has also experienced many tragic accidents throughout its development and early operational career, which have greatly impacted the operational expectations placed on it.

…but adapted to modern conflicts.

So what makes these devices ideal for the future? Besides the fact that pop culture is crazy about them, including video games and movies, the very concept of the tiltrotor brings with it decisive advantages for modern combat.

Indeed, after take-off and tilting of the rotors, the aircraft, “freed” from its helicopter configuration, can reach a cruising speed worthy of an airplane while flying at an altitude that makes it safe. It can therefore carry out “in-depth” helicopter missions, perfect for special forces or even search and rescue missions. 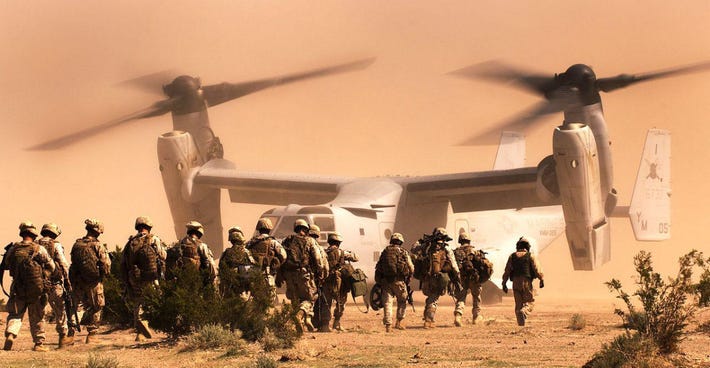 The dual rotor design makes it a helicopter capable of transporting men or cargo from a ship or on terrain without runways.

These arguments make tiltrotors a relevant choice in conflicts where speed and especially reach are a key advantage. For example, they fit perfectly into the US Marines’ doctrine for air-amphibious combat (we talk about it here, here, and here). 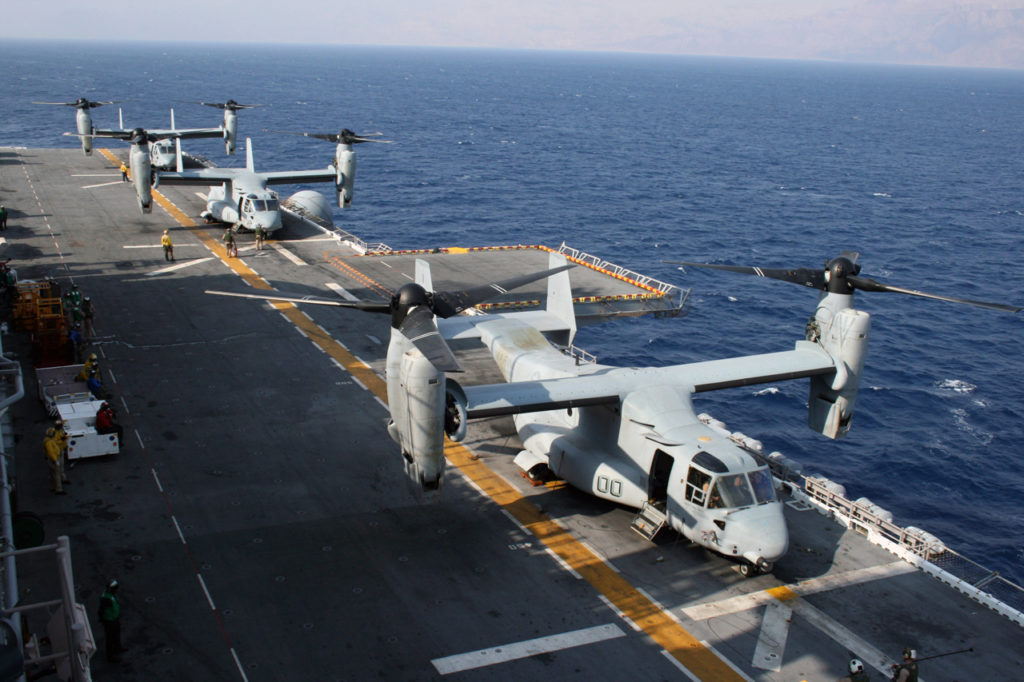 The V-22 Osprey was only the starting point, a kind of draft foreshadowing the future. Indeed, with its “Future Vertical Lift” program, the US Army is preparing to choose the successor to the famous Blackhawk helicopter. One of the finalists is Bell’s V-280 Valor, which offers a more accomplished concept than the Osprey.

This considerable market could definitively anchor convertible helicopters in the military landscape.

Especially since other countries are thinking about their concept, and “super-heavy” convertibles with four rotors are already being imagined !

Finally, it is of course combat drones that should be considered, with the emergence of more compact tiltrotor concepts equipped with heavy weapons, capable of operating from the sea and from helicopter carriers. In a few years, American ships should receive aircraft such as the V-247 drone, a true combat helicopter with enhanced capabilities. They will notably ensure the protection of transport tiltrotors. 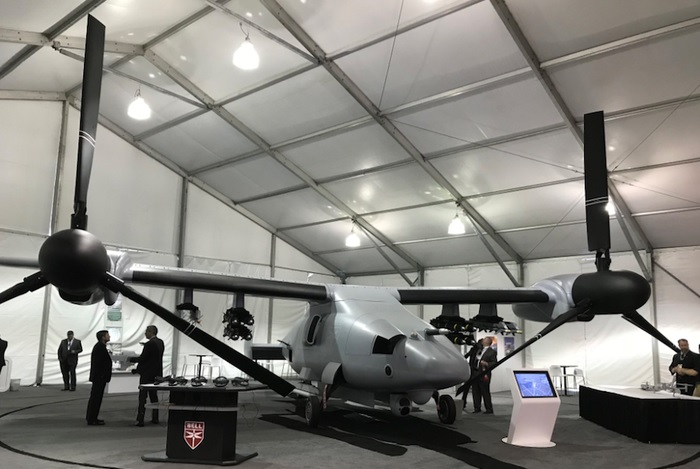 A model of the V-247 “Vigilant” was presented by Bell, heavily armed.

Convertible helicopters are fascinating aircraft, and seeing them fly is a real spectacle. Combining the maneuverability of a rotary wing with the performance of an airplane, their future could be bright, with impressive evolutionary branches. This should continue to delight video games and action movies alike.